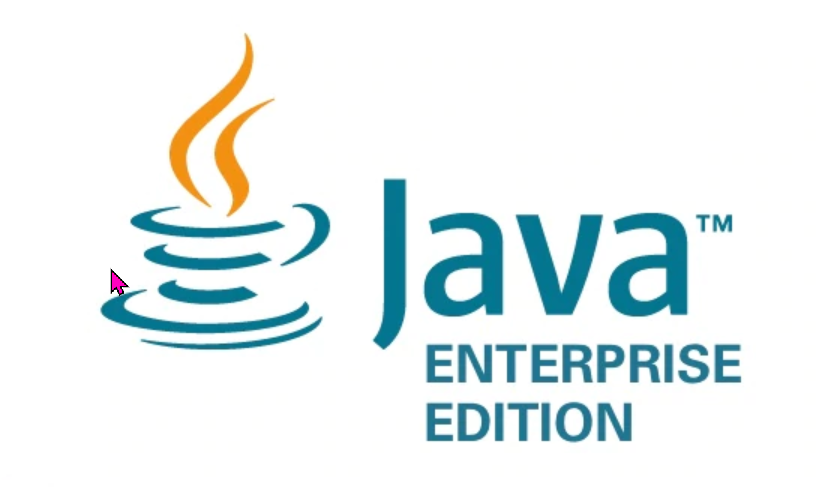 In 1999 I was a technical business strategist who cared deeply for Java and J2EE, and I wondered about Enterprise Java's potential for a vigorous and long-lived role in enterprise computing.

I published this web page to a select group of individuals for the purpose of discovering how far off base my opinions are, and invited discussion and corrections. I was particularly interested to know if my statements about Sun's Java-related revenue were accurate. Responses are shown below.

Java has really proved it's worth in the arena of enterprise computing. Server-side computing has really taken off with J2EE's distributed computing architectures and APIs. Sun's standards-related work has taken the high road, and the world is a better place – with the promise of even better things to come.

Yet I worry about a threat that Java, and Enterprise Java, must now face. It's not Microsoft, C#, or .NET. At this point in time, Microsoft had never been a contender in distributed, inter-operable, scalable and secure computing.

The threat is Sun, and its fiduciary responsibility to its shareholders regarding its less-than-financially rewarding Java-related business relationships. (Again, I may be way off base, and if so, please clue me in - I'll feel much better!) I'm concerned about the following issues:

What this means is that as Sun (and the rest of the software industry) stumbles, Sun's investment in J2EE will come under increasing pressure to return a short-term profit. I don't believe that this will succeed in a short enough time frame, and the axe will fall on J2EE as we presently know it.

Bottom line: If the above is sufficiently true, then J2EE is about to face a crisis. In that case, I should promote hedging strategies to the investors and enterprise software development companies that I advise. Please tell me I'm wrong, and why ... I'd love to hear from you!

David Harrah is Group Manager, PR at Sun Microsystems. The following is a paraphrasing of my notes from a telephone call we had September 8, 2001.

Sun derives 'considerable' income from Java, J2EE, J2ME and related consulting engineering services. Java is not a charity! Sun owns the brands, and some of the associated intellectual property. Royalties are paid to the contributors, depending on the deals that were made. Some deals involve flat fees, some involve deployment fees.

Java was responsible for giving Sun access to the Fortune 100.

David noted that two of the people commenting on this topic (James Duncan Davidson and Jason Hunter) had their own agenda. In fact, everyone has their own agenda (Mr. Harrah included), and when receiving information from a source, that source's bias and possible motivations should be investigated and considered.

Currently, Sun One (Sun's version of web services) is consuming the majority of Sun't marketing and technology resources. iPlanet has been packaged into Sun One. iPlanet personnel have been transferred to Sun, and when I asked about iPlanet's future should AOL wish to drop it, David did not disagree when I suggested that anti-trust regulations were probably behind the motivation for the Sun/Netscape alliance. He stated that the iPlanet directory server was a leading product, and a good seller, and that Sun would be interested in picking up the rest of iPlanet should that become possible (this topic is highly speculative).

David repeatedly emphasized J2ME's success in the marketplace, and that there was lots of demand for Sun's J2ME-related consulting engineering services.

David pointed out that Sun's infrastructure software has been successful (Solaris, NFS, compilers), and that they don't intend to compete with applications developed by their licencees.

After speaking the Mr. Harrah, I felt that Sun was unlikely to drop Java, J2EE or J2ME, but I was not convinced that iPlanet and it's products are founded on a stable business basis. I am unclear if Sun One would be materially threatened should iPlanet go away.

I read the article and don't have a lot of comments. It kind of seems like you are fishing for a dark hole where none exists.

I believe that companies have a lot more to do with J2EE before they hit the wall that you mention. Even if Java / J2EE did not mature past the versions it was on today, companies could easily provide enhancements around those versions for 3 years before they needed improvement in the technology.

The larger companies (IBM, Oracle, others) even feel that Java / Sun are moving too quickly.

James Duncan Davidson is the author of the Java Servlet API and the Java API for XML Processing, creator of Apache Tomcat and Ant, and while a Sun employee was instrumental in the contribution by Sun of these code bases to the Apache Software Foundation via the Jakarta Project. Mr. Davidson is presently a senior engineer at CollabNet, a company that provides tools and services for open source style collaboration.

Nobody below the VP level at Sun knows the true financial status of the various business units.

Yes, Sun is going to have pressure to keep things going in light of revenue, especially in light of the recent plunge to $10/share.

My personal and publicly available opinion — The steps to date have been successful for Java, especially J2EE, but the landscape is changing. Other people can learn how to apply the lessons that Java taught in other languages and in other ways. Sun still has an opportunity to take this to the next level by going ubiquitous with it, but that door is closing fast.

Watch CLR/IL. C# isn't the thing to look at, nor is .NET, it's the byte code underneath that is a rough superset of the JVM byte code that's to be checked out, and will soon be running on a *nix near you if current trends keep going.

We are headed towards a round of balkanization I fear. I don't see a way out.

Jason Hunter is presently a Senior Technologist with CollabNet. In addition to authoring Java Servlet Programming for O'Reilly & Associates, he is publisher of Servlets.com, a contributor to the Apache Jakarta project that creates Tomcat, a member of the expert groups responsible for Servlet/JSP and JAXP API development, and holds a seat on the JCP Executive Committee overseeing the Java platform, as a representative of the Apache Software Foundation.

On costs, no one knows for sure. I've heard conflicting stories on if Java is in the red or black. Personally, I'd be surprised if J2EE cost more than it made for Sun.

On staff, Java's not "the thing" anymore and the cream is floating to other areas (web services?).

On Solaris, it comes with the hardware. That isn't a software sell. Did Solaris x86 go anywhere? Bzzt.

On Sun property, it doesn't matter if J2EE is an "open source project". What's problematic is that even if someone with unlimited manpower wanted to create an open source J2EE they couldn't due to legal restrictions. That's the issue I'm addressing as Apache's representitive to the JCP Executive Committee.

On axing, the stories I hear are that J2EE is the jewel in Sun's crown. "It actually makes money" people whisper.

I think the biggest problem with J2EE is that it is increasingly bloatware, created in an NDA-enforced vacuum without adequate input from the public or interest in the public's opinion. And Sun is intent on controlling all of it, whether that's good for J2EE or not.

There is an interesting thread on theServerSide.com.